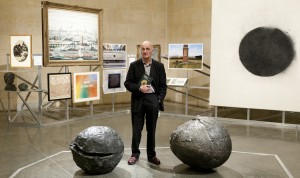 “Robinson is the key to explore England using psychogeography”

The fascinating exhibition “Patrick Keiller: The Robinson Institute”, at the Tate Britain, deems over the origins of the current economic crisis, through the analysis of the development of capitalism. The Keiller’s fictional character Robinson is the key to explore England using psychogeography as guidance. The researchers of The Robison Institute’s have organised this exhibition on the basis of the last film of Keiller, ‘Robinsons in ruins’.

Patrick Keiller is a British film-maker, writer and lecturer, born in 1950 in Blackpool. He studied at the University College of London and, as a postgraduate student; in 1979 he joined the Royal College of Art’s, Department of Environmental Media. He taught architecture at the University of East London and fine art at Middlesex University. He is the creator of the fictional character of Robinson.

Patrick Keiller realised movies with a specific technique: making use of subjective camera and voice –over. His first films are ‘Stonebridge Park’ (1981) followed by ‘Norwood’ (1983), ‘The End’ (1986), ‘Valtos’ (1987) and ‘The Clouds’ (1989). His technique has been developed in his longer films ‘London’ (1994) and ‘Robinson in Space’ (1997) which are both narrated by an anonymous character – voiced by Paul Scofield – who goes together with his friend and onetime lover, the unseen Robinson, in a series of exploratory journeys around England. Robinson is involved with research into the ‘problems of England’ and strongly faces the Conservative governments (1979 – 1997), especially for their economic and welfare policy. 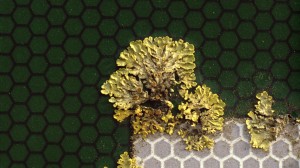 Vanessa Redgrave. It is an outcome of ‘The Future of Landscape and the Moving Image’ which is a research project that since March 2007 has explored received ideas about mobility, belonging and displacement, and their relationship with landscape and images of landscape, in a context of economic and environmental crisis. The project is a collaboration between the artist Patrick Keiller, Doreen Massey, Emeritus Professor of Geography at the Open University and Patrick Wright, formerly Professor of Modern Cultural Studies at Nottingham Trent University, now Professor of Literature and Visual & Material Culture at King’s College London, and has been accompanied by Matthew Flintham’s related PhD project: ‘Parallel Landscapes: A spatial and critical study of militarised sites in the United Kingdom’.

Patrick Keiller is undoubtedly quoted as part of the Psychogeography movement, a subfield of geography. A definition of Psychogeography is: “the study of the precise laws and specific effects of the geographical environment, consciously organized or not, on the emotions and behaviour of individuals.” (Guy Debord 1955). It is, in fact, a series of strategies for exploring cities, aimed to take pedestrians off their conventional route and give them a new understanding of the urban landscape. Psychogeography is born in the 1950s by the avant-garde movement Lettrist International. It emerged in the UK in the 1990s, as situationist theory became popular in artistic and academic circles, avant-garde, neoist and revolutionary groups emerged, developing psychogeographical praxis in various ways. Much influenced by the comeback of the London Psychogeographical Association and the foundation of The Workshop for Non-Linear Architecture, these groups have assisted in the development of a contemporary psychogeography which also became to be used in performance art and literature. In Britain in particular, psychogeography has become a recognised descriptive term used by successful writers such as Iain Sinclair and Peter Ackroyd and the documentaries of Patrick Keiller. 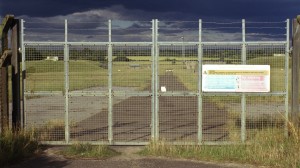 The Robinson Institute’s researchers have revisited Robinson’s last known journey, presenting his findings and film footage as an exhibition that features works by artists, mainly from Tate’s collection; writers, historians, geographers, cartographers and geologists; and a variety of other objects. Audiences are invited to retrace Robinson’s steps and consider the connections that he makes.

The Tate Britain exhibition brings together the works of ‘Robinson in ruins’, which is filmed in Berkshire and Oxfordshire the cradle of the powerful agrarian capitalism compared to the more urban and industrial one of the north and the Midlands.

Penelope Curtis, Director, Tate Britain, said: “Patrick Keiller has risen to the challenge of the Tate Britain Commission in an exceptional way with a new installation that enables us to look at the Tate Britain’s collection in relation to some of the issues that Britain faces today, demonstrating how similar concerns run through time. Patrick Keiller’s sustained interest in understanding the English landscape, and what it can tell us about the origin of some of the world’s problems, strikes a perfect chord with the Tate collection.”

There are more than 120 works on display in “The Robinson Institute” from historical paintings, prints and drawings by Marcus Gheeraerts, J.M.W. Turner and James Ward; and works from the 20th century by Fiona Banner, Joseph Beuys, Andreas Gursky, Richard Hamilton, John Latham, Richard Long, Paul Nash, Eduardo Paolozzi and Andy Warhol. Works of film and literature range from a first edition of Hobbes’ Leviathan’ to Beatrix Potter’s ‘The Tale of Little Pig Robinson’ and the sci-fi film ‘Quatermass 2’. The subjects featured in Keiller’s photographs include Northumbrian rock art, a close-up of lichen on an Oxford road sign in the direction of Newbury and a Ministry of Defence sign banning photography of the Atomic Weapons Establishment at Aldermaston.

At the Tate Britain, Pimlico, London.