The Glamour of Italian Fashion exhibition will open at the V&A Museum, London.

The Glamour of Italian Fashion exhibition will open at the V&A Museum, London. 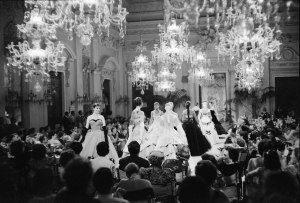 The Victoria & Albert Museum announced “The Glamour of Italian Fashion 1945-2014” exhibition opening for the next year. The 2014 will be the year of fashion for the V&A Museum.

Defining the distinctive factors of the Italian industry, “The Glamour of Italian Fashion 1945-2014” will be the first major exhibition to examine the Italian leading contribution to fashion from the end of the Second World War to the present.

The Italian fashion industry is unique, for example, for the use of luxurious materials; expert textile production; specialist, regional manufacturing; and its strength as a source of both dynamic menswear and glamorous womenswear.

The V&A Museum exhibition will present a label section, followed by a look on Italian post-war situation, and there will be a part on Sala Bianca and Giorgini in Florence in the 1950s. While Italy has a number of tailoring centre, such as Florence, Rome, Milan, Naples, Veneto, and other minors, the UK only has London. Italy also has many renowned districts of production and the curator, Sonnet Stanfill, has created a map about them. There will be a final room displaying films and interviews to key personalities about the future of Italian fashion.

“The Glamour of Italian Fashion 1945-2014” exhibition is rooted in original researches carried out within Italian archives. The

story of Italian fashion will be examined through seminal individuals and organisations that have contributed to its reputation for quality and style. On display will be around 100 ensembles and accessories by leading Italian fashion houses including Dolce & Gabbana, Giorgio Armani, Gucci, Missoni, Prada, Pucci, Valentino and Versace, through to the next generation of talent including couture by Giambattista Valli, bold ready-to-wear from Fausto Puglisi and work from Valentino’s new designer duo Maria Grazia Chiuri and Pier Paolo Piccioli. It will also highlight the creativity of influential but less remembered figures such as the post-war couturiers Sorelle Fontana (Fontana sisters) and Mila Schön, as well as design innovators such as Walter Albini.

The objects on show at “The Glamour of Italian Fashion 1945-2014” exhibition will be drawn from the V&A’s leading Italian fashion collections and from international lenders, including the Fondazione Emilio Pucci, Foto Locchi, Missoni Archive and Museums including the Metropolitan Museum of Art (New York) and Galleria del Costume (Florence).

The V&A Museum exhibition is supported by Bulgari, Nespresso and The Blavatnik Family Foundation. Bulgari is a symbol on Italian fashion and craftsmanship since 1884. The Bulgari store in Rome opened in 1905 and has long been a favourite meeting place for international elite of artists, writers and actors, including Elizabeth Taylor, Grace Kelly, Audrey Hepburn and Ingrid Bergman. During the 1960s and 70s Bulgari jewels became known for their innovative use of coloured gems within harmonious and fluid designs. Bulgari has been part of the LVMH Group since 2011.

Nespresso is the pioneer and reference for highest-quality premium portioned coffee and operates in almost 60 countries with a global network of over 300 exclusive boutiques.

The Blavatnik Family Foundation is an active supporter of leading educational, scientific, cultural and charitable institutions in the United States, the United Kingdom and throughout the world.